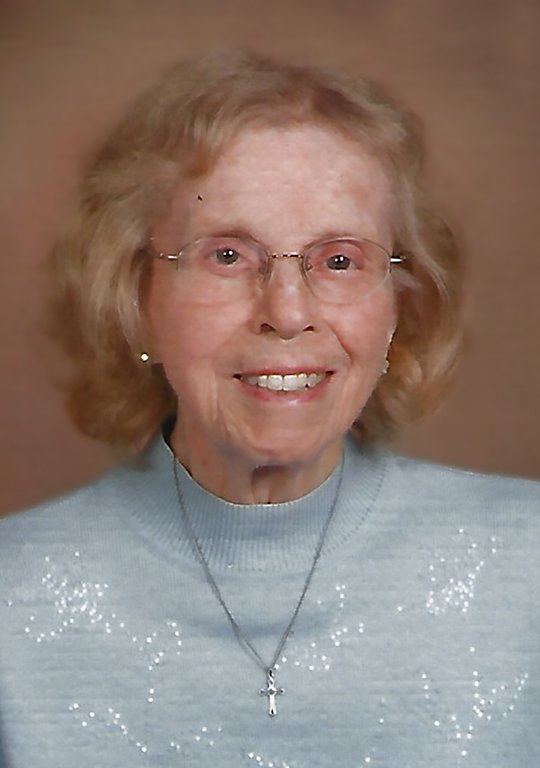 Her working career began during WWII at Willow Run Airport in support of the war effort. While raising a young family, she served as a Den Mother for Boy Scouts and a 4-H Leader.  In the 1960’s, she was a well-known seamstress in the Monroe area.  She retired from La-Z-Boy Furniture Offices in Monroe in 1983.  Following retirement, she fulfilled her love for little children by becoming an aide in the St. John School Latchkey program.

Audrey was a former member of St. Joseph Catholic Church, Maybee, where she served in the Ladies Guild and the Church Choir until 1963.  When her children began attending school at St. John, Monroe, she became a member of St. John the Baptist Catholic Church, Monroe, where, after her retirement, she attended daily mass, followed by the “ladies breakfast gathering” and visiting friends or the sick who were homebound.  She also held membership in Knights of Columbus, Monroe and the Monroe Moose Lodge Ladies Auxiliary.  In 2013 she moved to Grosse Ile and became a member of Sacred Heart Catholic Church.

A memorial gathering will be held Saturday, November 28, 2020 at 11:30 a.m. at St. Cyprian Catholic Church, 13249 Pennsylvania Road, Riverview, followed by a Memorial Mass at 12 noon.  A private interment will be held later.  Masks will be required.

Please contact us about any of our services or to meet with one of our funeral service professionals. 734.284.1600 or email us here.

John Molnar Funeral Home, Inc. and The On~Site Crematory, a subsidiary of J&A Cremations, Inc., are separately owned and operated.